Everything You Need to Know About Fractional Yacht Ownership 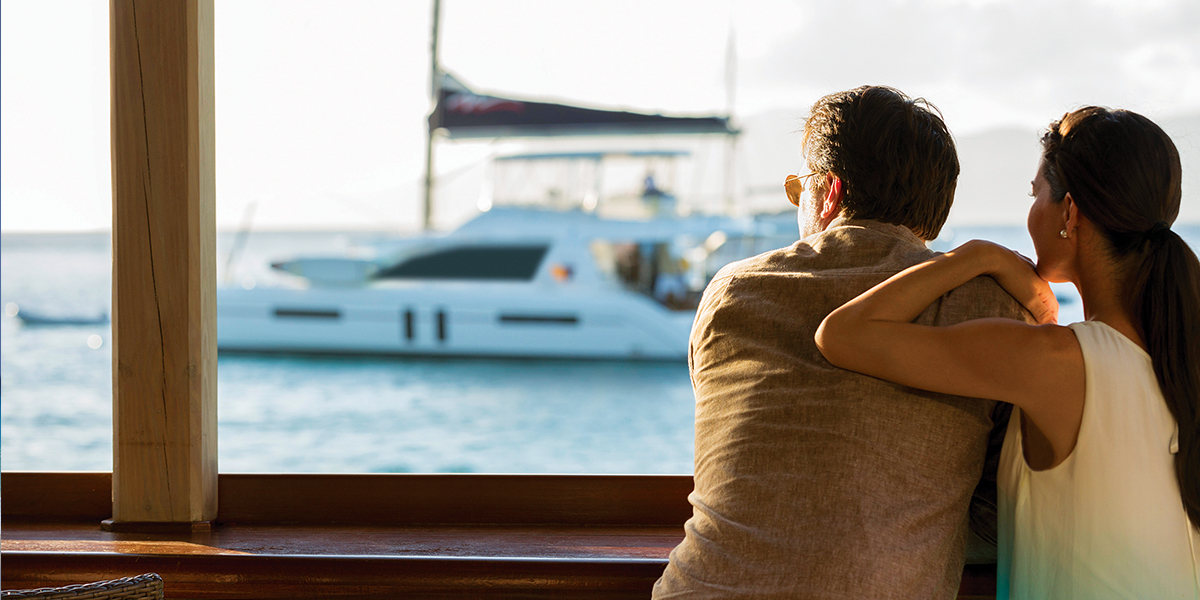 Fractional ownership is just what it sounds like—you buy a piece of the yacht, or a fraction of the yacht, instead of owning it from stem to stern.

The Moorings Yacht Sales often get inquiries about whether or not we offers fractional ownership.  The Moorings did dip its toe into that market about 15 years ago. Candidly,  it was at the behest of the then CEO.  A lot of legal work had to be done and it is quite complicated to do it right.

How to do it

Fractional ownership, if structured legally, is presented as an offering by an entity, such as The Moorings. Following all legal “T’s” crossed and “I’s” dotted marketing can begin.  An LLC is formed to own the Yacht. Generally a decision is made up front as to how many shares in the yacht will be offered and this generally depends on the price of the yacht.  The offering The Moorings made was on a large motor yacht and was structured with 10 shares.  Each participant could buy one or multiple shares.

For illustration let’s say the total cost of the yacht was $2,000,000. Each share would be $200,000.  The initial term of the Ownership would be five years. The plan is to liquidate the asset, the Yacht at the end and distribute proceeds to the shareholders based on their share position.

Each shareholder received one month of access to the yacht each year, generally a week at a time based on a calendar established at the onset, but that could change with the agreement of the shareholders.  Clearly some weeks or months have greater value than others. The location of the yacht and time of year also impacts the value. The shareholder’s use periods would rotate over the five years to fairly allow access to more preferential times.  Within the group of shareholders, “rules” were in place to allow swapping if parties agreed. The two additional months (8 weeks) were allocated for maintenance time and may be in periods of a couple of weeks at a time.

One share member might be content to spend a week of his allotted time entertaining friends at the yacht’s home port with little real activity, underway limiting wear & tear on the yacht.

Another might regularly embark on a treks of hundreds of miles. The variable fuel costs would of course be to his account, but the ongoing maintenance and wear & tear would be impacted by this level of use.

Hours of engine operation while a particular shareholder was on board etc. could allow some benchmark for allocation of these maintenance costs, but a lack of consensus between shareholders with different use habits could clearly be a point of contention.

In the final analysis it was determined The Moorings should continue to do what it does best. For over 50 years of continued operation, The Moorings core business is offering yachts for charter using our proven business model and in partnership with the owners of the yachts.

The Moorings does from time to time package large expensive yachts in such a way that a group of friends can join together, share in the purchase price and the benefits.

In the case of million dollar plus yachts four or five friends can purchase a much larger yacht for cash with little more out of pocket than would be required by each for the individual purchase of a smaller yacht with a financing component.

By eliminating the need to service a mortgage the financial result can be quiet interesting.  By using the same guaranteed income model as our core fleet the bickering over expenses and yacht movement are removed from the equation that could be found with the Fractional Ownership Model.

In the final analysis, this approach to Shared Ownership has a better financial result than the typical Fractional Ownership. The Moorings does currently have one such opportunity. Click the button below to discover our unique opportunity now.

Jean Larroux has been with The Moorings for over 43 years combined. Currently he is the Yacht Ownership Sales Manager.
Jean.Larroux@thlmarine.com