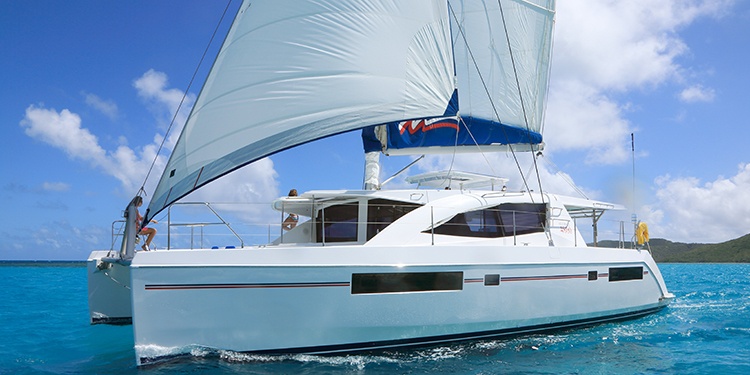 It’s always a treat when our yacht owners come by the corporate headquarters. Our base managers and staff get face time with owners often, but we don’t as much here in the office. Rob Engelke, who was visiting the Tampa Bay area from Madison, WI, came by and allowed us to indulge in some swapping of sea stories.

Rob has been a member of the Moorings family since 1999. At that time he owned a private boat in the Abacos and kept it on the dock that was about to host the new Moorings base. “Shortly after Moorings arrived on the dock, I had been talked into buying the 45,” he explained.

Later, Rob traded his Moorings 4500 in for a Moorings 4700, then a Moorings 4600, and finally, a Moorings 4800, the last three boats all based in Tortola. What an experience to go through the entire progression of catamarans as they came out of the Robertson and Caine factory!

Rob recognizes that being a boat owner means he’s invested in the company. “I’m really glad that whoever was running the Moorings [during the transition years] was smart enough to make sure that this company had the kinds of long term big time backing that this company needs. There will be hard times, and we went through 2009, but with the Moorings you’re going to be fine because you’ve got the backing behind you.”

Throughout the years, Rob has taken family and friends to St. Martin, Grenada, Tonga, and of course the BVI and the Bahamas. He normally sails his own boat about 2-3 weeks per year. He’s also gifted a good amount of time to others. “I’ve had friends who’ve taken weeks of time in Turkey,” he explained. I asked how many people have been lucky enough to use his owner time, and he replied, “My brother, my friend Kevin,” then he added with a grin, “others have asked and I’ve sort of politely put it off.” But Rob’s son is the next likely recipient. “My son Tim is now qualified. He’s already skippered a trip, with me on board, but he had to do everything.” When Rob first joined the program, Tim was 8 years old.

One of my favorite questions for sailors is always “what’s the most memorable thing you’ve seen on the water?” It’s often a tough one for our owners who have logged many miles and seen countless sunrises and sunsets on the water. Rob shared a handful of entertaining stories about adventures aboard Moorings boats and other boats throughout the years in a conversation that could have gone on for hours. Like many avid sailors, both his sense of humor and sense of adventure are healthfully above average. Rob had a hard time picking one thing, but eventually decided on wildlife: “Whales, tons of dolphins, sharks of every description. I think seeing a 12’ or longer hammerhead shark swimming under our boat in the Abacos was exciting, especially since we’d just been in the water.”

What’s next for the Engelkes? Probably another Moorings boat. “We still want to do Tahiti...” says Rob. 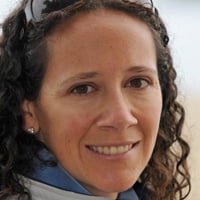 Daniela is a digital project manager for our yacht sales websites. She's been in the sailing industry since her first job as a junior sailing instructor in 1996.
daniela.clark@thlmarine.com